My buttons continue to travel. I do get around ::ruffles wings and grins in satisfaction:: 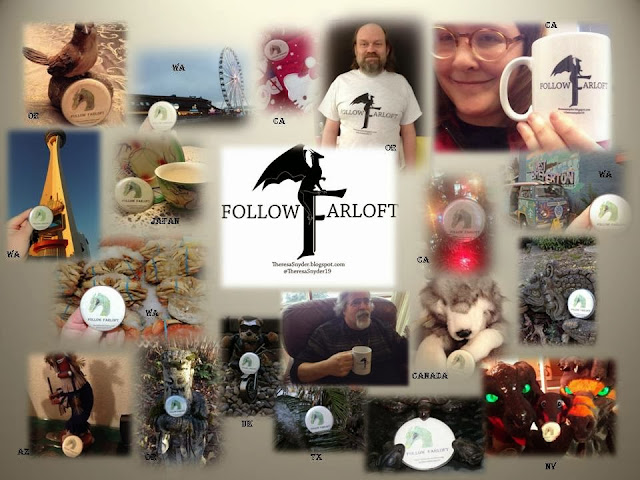 A Cat called No Name

::ruffles wings, then folds them gently at sides…reclines on belly with paws crossed in storytelling pose::

Once upon a time, not too long ago, there was a very lonely kitty...She was lonely because she didn't fit in with the others of her kind. The kitty was round and golden. She had a tail, and ears, and whisker, and even meowed like any other kitty, but she was unlike any other feline she knew.

This kitty had funny furry folds on its back that made it look all deformed and because of that the other cats shunned it. ::licks nose in concentration::

The kitty, let's call her No Name, had been left by her mother and deserted by her dad. Her siblings wouldn't even talk to her. When she tried to reach out to other cats in the clowder they called her names like ‘Flubber back’ and ‘Fluff Butt.’

She sought out hiding places where no one could see her ugly back and mock her. She was very sad and over the years as she grew, she became more and more isolated from the other cats. No Name was so lonely.

With no cat friends, she thought she might approach a human. She saw them pet other kitties and some they even fed and cuddled. She thought perhaps they could look beyond her deformed back and see the soul of the lonely kitty who craved love and attention so much. But the farmers in the area didn’t seem to have time for her. They shooed her away with a word or a push, and went on with their work.

So she traveled a long, sometimes dark, always scary, road into the city. She dodged cars, and mean dogs, and avoided cats she might have met on the way knowing they would only sneer at her and call her names.

Finally after many days travel she slunk into the city, through the alley ways and reached the center of the town. She approached a group of small boys, but they threw rocks at her and called her ‘ugly cat!’

She saw a man unloading a car in an alley and was rubbing up against his legs, but he pushed her away with his foot, went in the open door to his shop and closed the door in her face.

She sighed and as she turned back toward the empty alley snow began to fall.

She searched all day that day trying to find a kind person that might look past her deformed back and give her the love she craved. Late that snowy night when the white lay so deep she had to leap to hurl herself through the drifts, she was about to give up. Her paws were red and cold. Her coat soaked and matted. Her whiskers were coated with ice. No Name huddled in the shadow of a doorway trying to stay warm. She curled her tail, which was a lovely fluffy tail usually, though now it was wet and limp, around her paws to try and warm them.

People pushed past her on the street. None of them noticed No Name. They were all in such a hurry. They had no time for a deformed, unwanted, wet kitty. No Name hung her head & cried.

Then all of a sudden, without hearing any approach, No Name felt a stroke on her head and a gentle hand lifted her chin. It was a lady all dressed in red with a sprig of baby’s breath in her hair.

No Name tried to twist her body in the woman's hands so she wouldn't see the ugly folds on her back. If she kept them hidden perhaps, just perhaps, the woman might cuddle her and love her as she so much wanted to be loved. But it didn't work. The woman in the red coat turned No Name around in her hands and inspected her back. She even poked and prodded. ::crunches up nose at the mere idea::

"My, my, what have we here?" the woman asked. "Aren't you just the most special thing in the world?" And No Name was quite surprised, because the woman opened her big red coat and slipped No Name inside close to her body. When No Name felt the warmth, she purred.

The kind woman talked to No Name all the way home as she cuddled her close and stroked her head. She reassured her over and over and when they arrived at the woman's house she took a towel and dried No Name and set her on a cushion by the fire. She gave her a bowl of cream and some finely diced chicken to eat.

The woman had the kindest hands and she stroked No Name’s back without even flinching at the lumps she felt there. Finally after No Name was dry and fed the woman picked her up and set her on her lap.

"Let's have a better look at you."

No Name cringed and tried to get down, but the woman gently held her in place. She ran her hand down her back and took the end of the flap of skin and pulled it gently away from No Name's body.

"Quite extraordinary," the woman whispered to herself. "How well can you fly?"

No Name looked up at the lady with a questioning gaze. Fly? What was she talking about?

The woman grasped the flap of skin on the other side and pulled it out too. "You have such lovely wings."

WINGS? No Name could not believe her ears. WINGS?

No Name looked back over her shoulder and sure enough. Those ugly folds had developed into wings. Lovely, tiger gold, fur covered Wings! She shook her wings out of the woman's grasp and flexed her shoulder muscles. The wings responded with an up and a down.

The woman squeaked excitedly. "Yes, fly my lovely," she encouraged.

And sure enough, No Name rose off the kind woman's lap. She flew effortlessly around the small room and landed quite contentedly on a convenient bookshelf above the woman's head. ::grins at the outcome of the story::

No Name smiled and purred with satisfaction. The woman stood and offered her open, outstretched arms. No Name flew into them and huggled close.

"I don't know your name," the woman said. "But I think if it is alright with you, I shall call you Flutterby." ::strokes Flutterby’s head::

Flutterby cuddled close and knew for the first time, she was not deformed. She was not unwanted. She was special and loved and she would live happily ever after just like in the fairytales, cause flying cats are not something anyone sees every day.

But, that is not the end to Flutterby’s story. ::cuddles kitty close and delights in her purr:: A few months later, the kind lady in the red coat met a very old, very gentle dragon named Farloft (that’s me) and she understood that Flutterby would be very happy living with someone she could fly with and so the kind lady, Alayna, introduced Flutterby to me.

Now ‘we’ will live happily ever after. 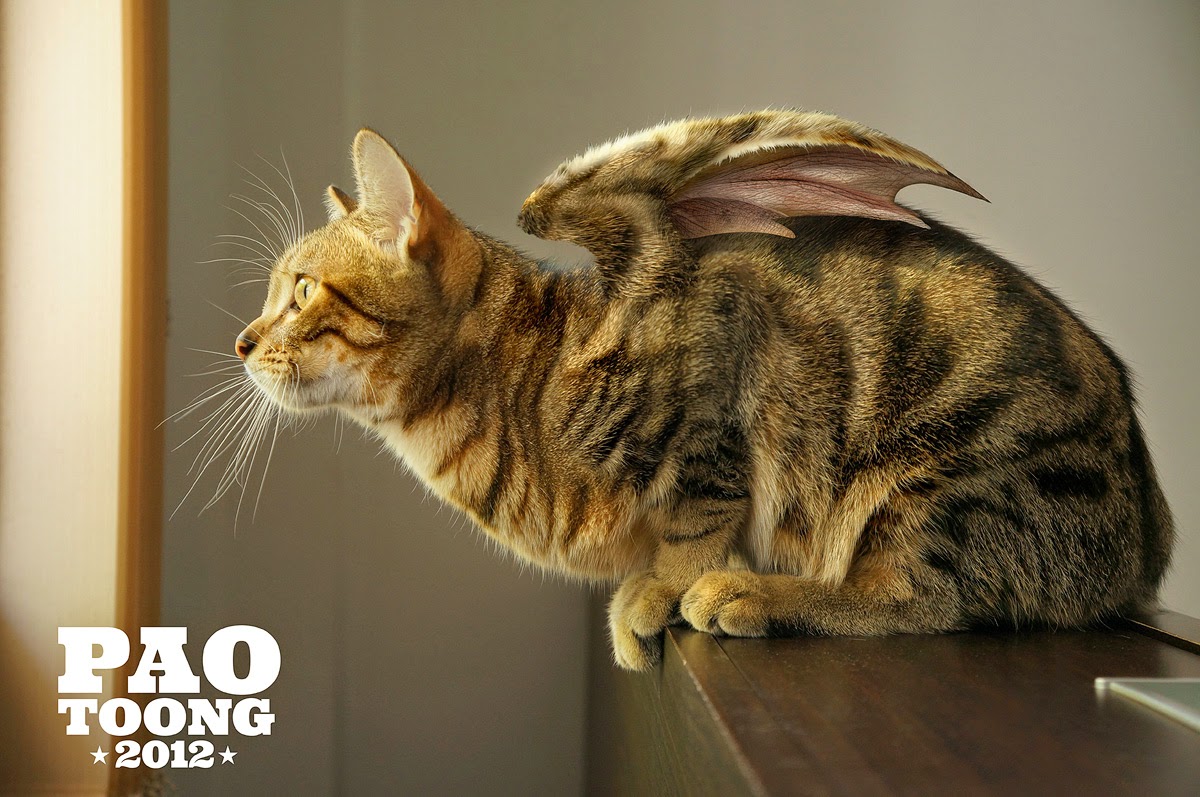 I am pleased to say that my buttons/badges have been traveling almost as much as I do. Check out my Twitter Friend's clever ideas and join me on Twitter - Friday, December 27, 2013 for Follow Farloft Friday Surprises! 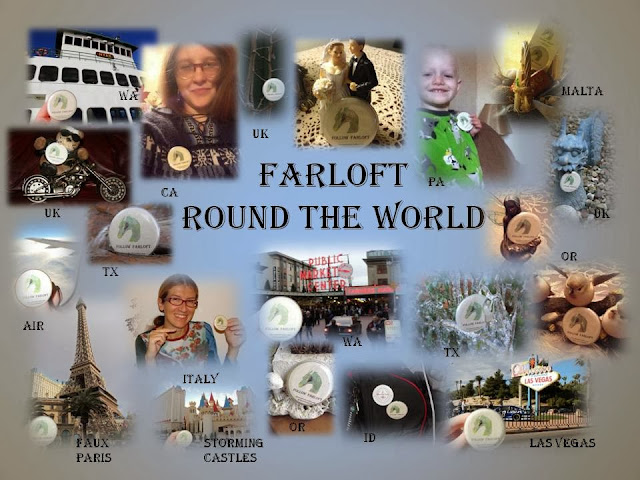 Listen to Your Heart - A Farloft Fairytale


Listen to Your Heart