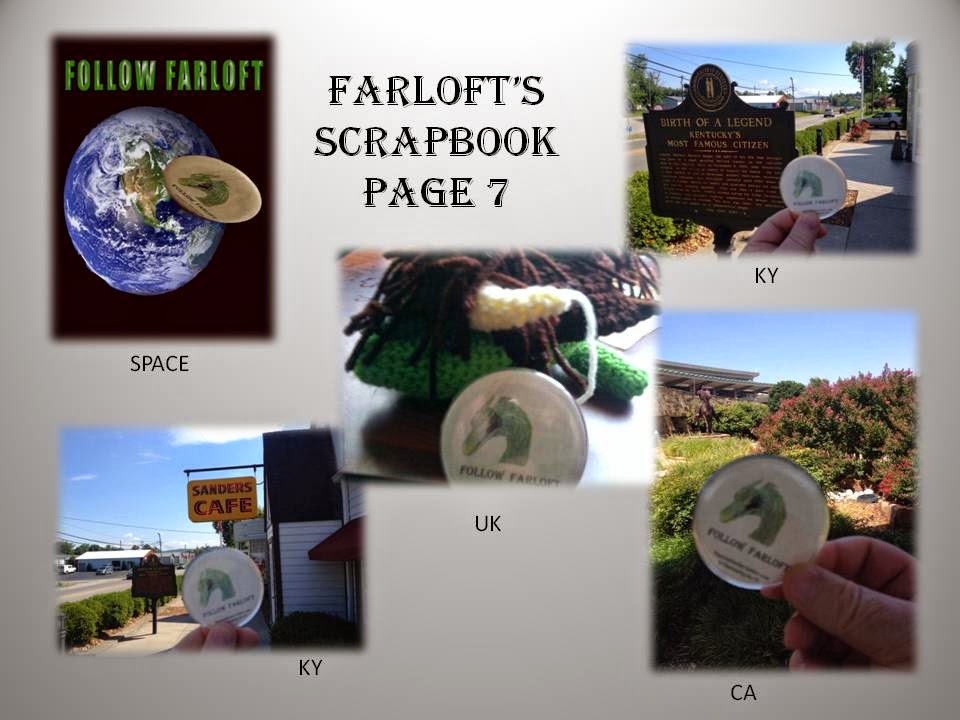 Posted by Theresa Snyder (3su) at 10:23 PM No comments: Links to this post

Email ThisBlogThis!Share to TwitterShare to FacebookShare to Pinterest
Labels: Action, Contests, Dragonology, Dragons, Fantasy, Farloft, How to Train Your Dragon

BlueKite's Portrait of me at My Home

This is one of my favorites. If I could have a favorite to pick from the wonderful three...


*sighs and stretches out paws in front*

This is my home.

Concept: "The King of all I survey."
*ruffles wings and checks out meadow below for a nice elk for lunch*
Theresa forgot to tell Kite the pool is right outside my door, not in the meadow below. 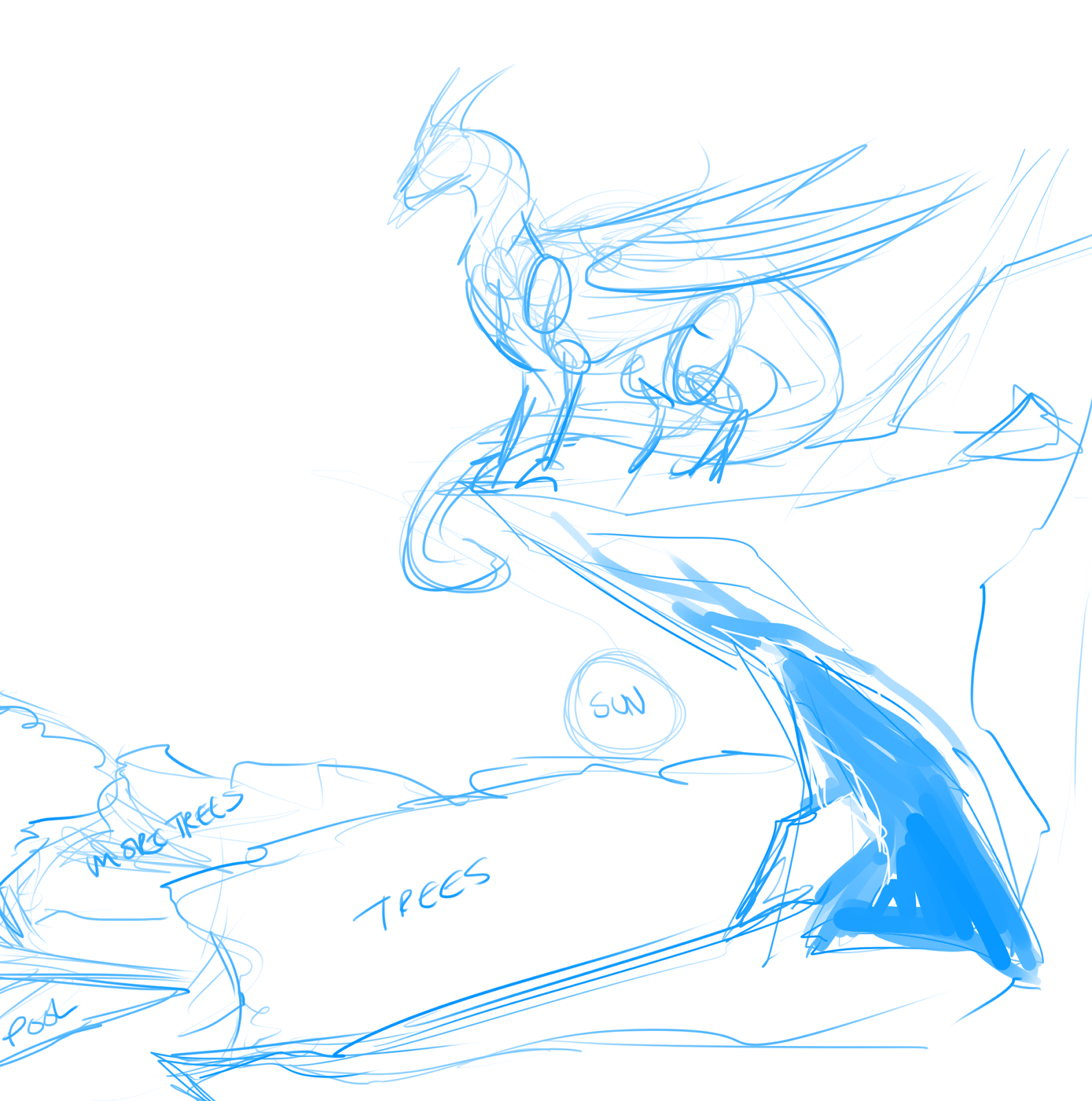 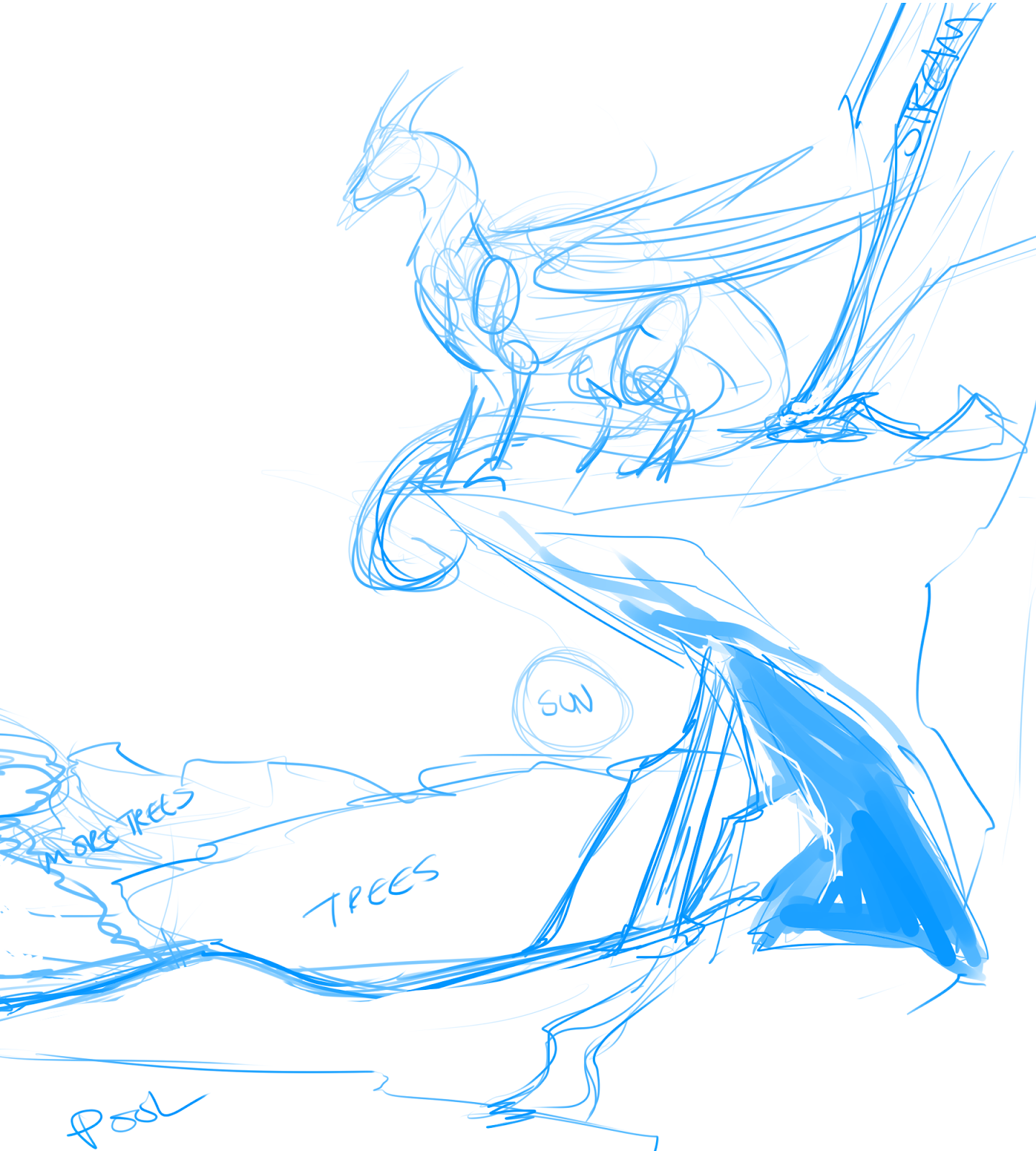 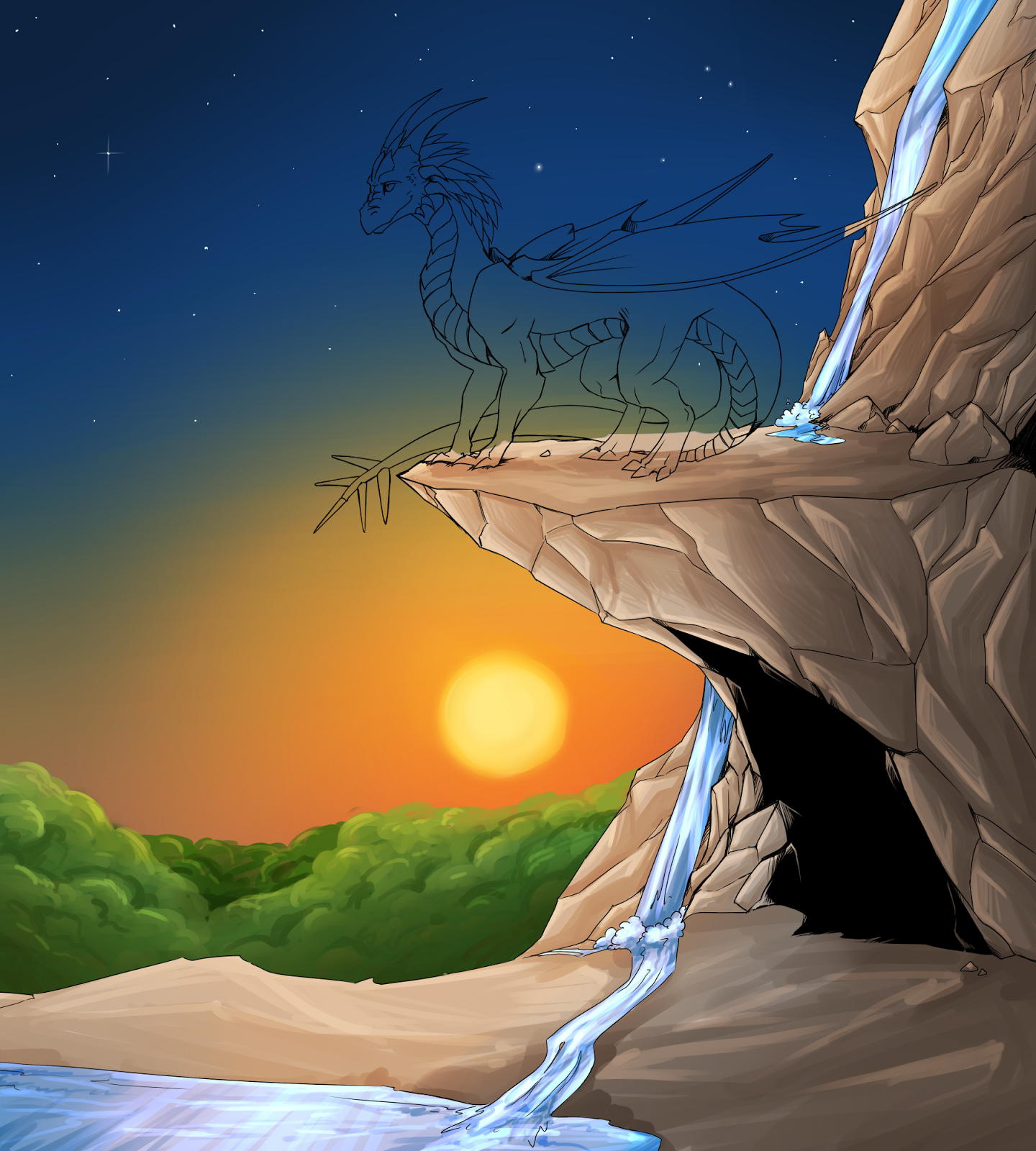 There is that long tail again. (Theresa asked Kite to get out the eraser.)
*grins* 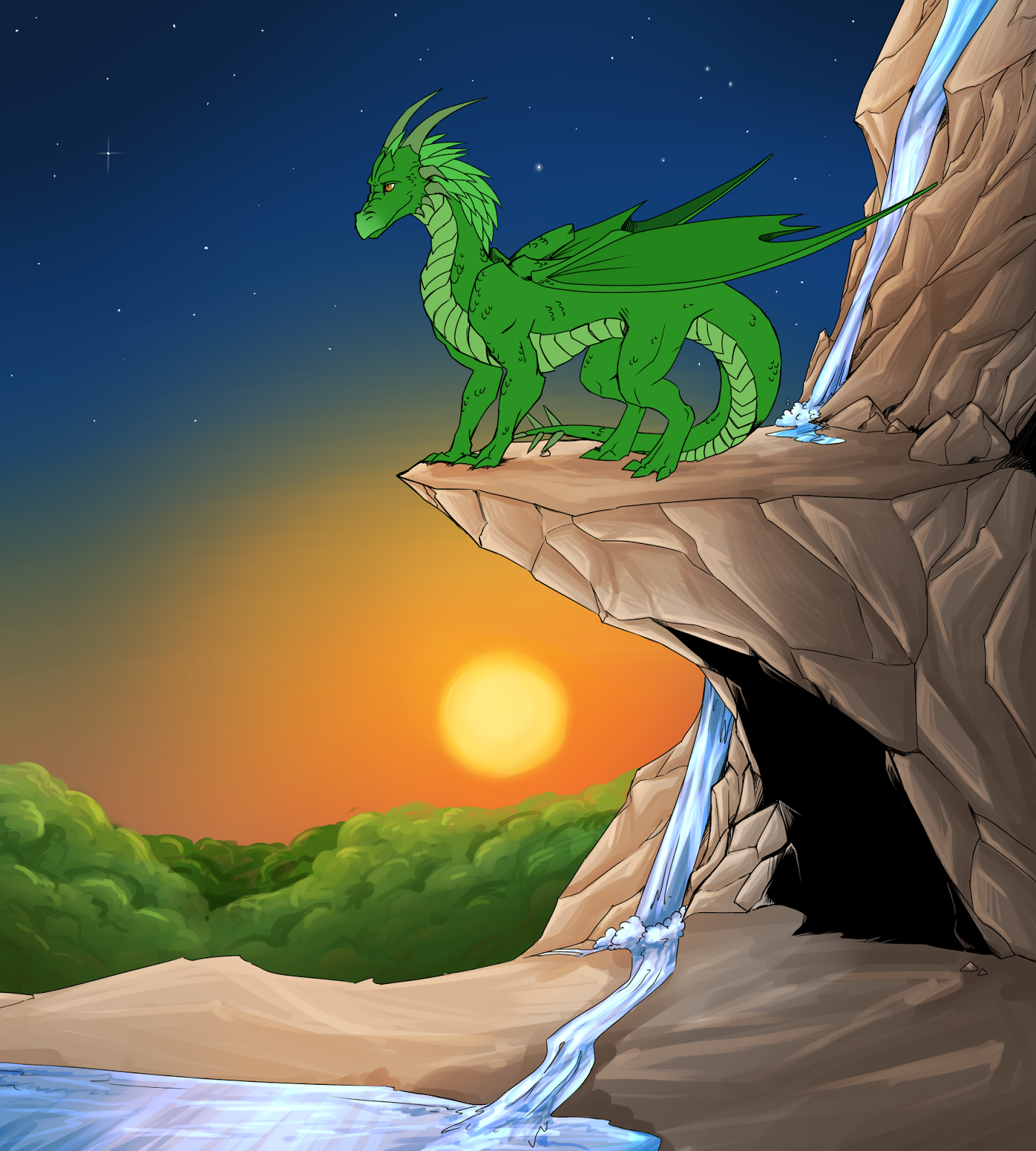 Ahhh, me looking like myself instead of a ghost image. The finished portrait.
Home, sweet home!
Would you like to see BlueKite at work?
Check out her LiveStream doing my portraits.
Click here:
BlueKite Livestreaming Farloft the Dragon Art

Posted by Theresa Snyder (3su) at 9:57 PM No comments: Links to this post

You saw the bust, now let's look at the two full body portraits. 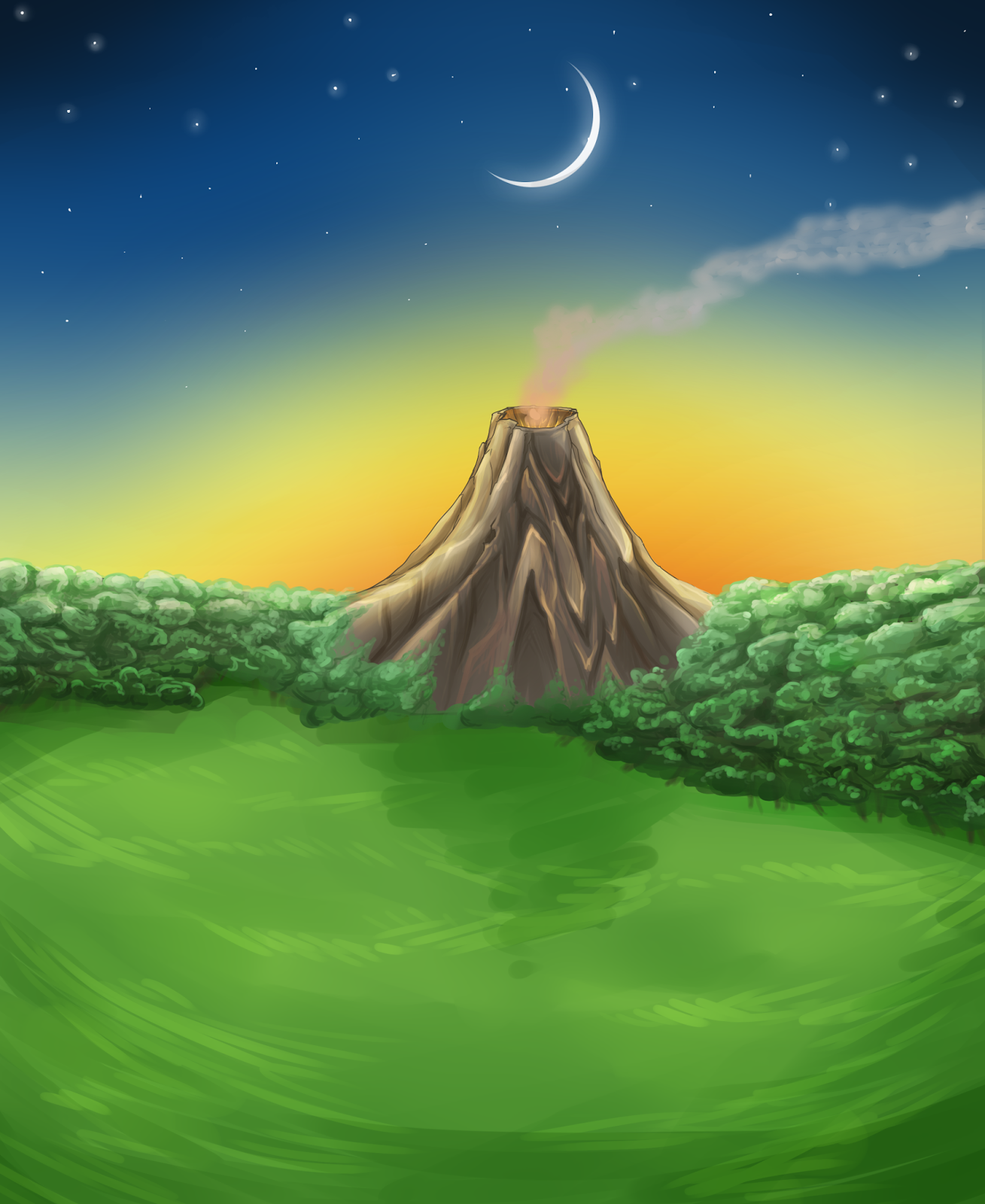 She was really pleased to hear there was a meadow in front of my home.
(One of my favorite places to hunt) 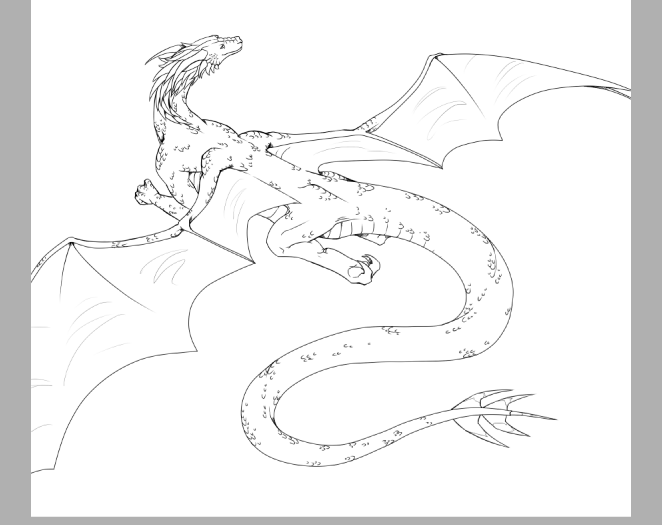 The first concept of me flying.
My tail is a wee bit too long.
*rubs eyes with paw in disbelief*
I could swat knights with that one. 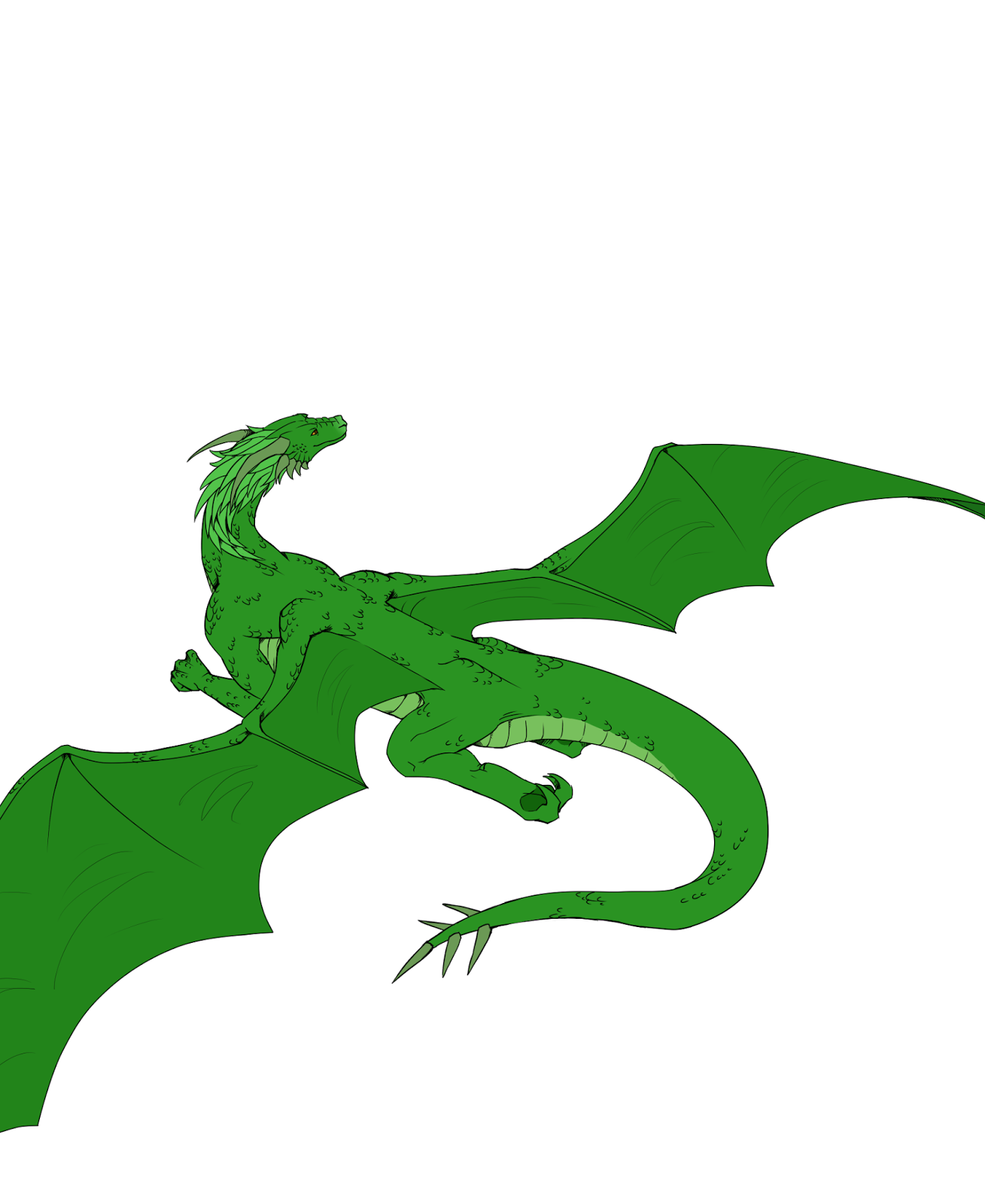 Me with a splash of color and a shorter tail.
(Almost finished with this one) 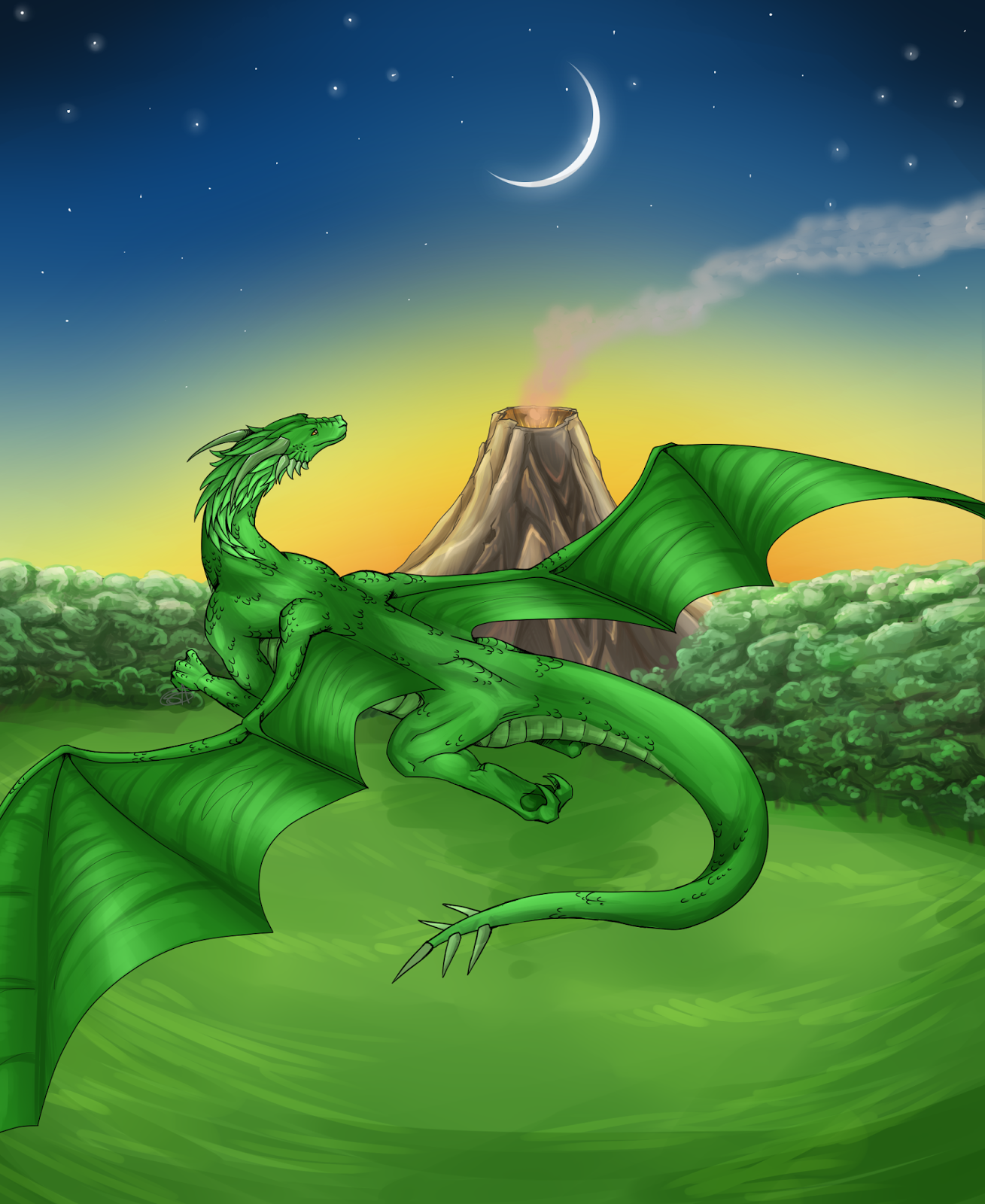 Kite put it all together and made it look stunning!
Home on the horizon...

Want to watch a bit of the LiveStream of BlueKite doing this?
Click here:
BlueKite LiveStreaming Farloft the Dragon Art

Posted by Theresa Snyder (3su) at 9:31 PM No comments: Links to this post

My Bust Portrait by BlueKite of Deviant Art

I am so thrilled with the three portraits BlueKite did of me. *ruffles wings and grins*
Half the fun was watching them come together.
*golden eyes whirl*


First the bust picture
It started as a sketch. 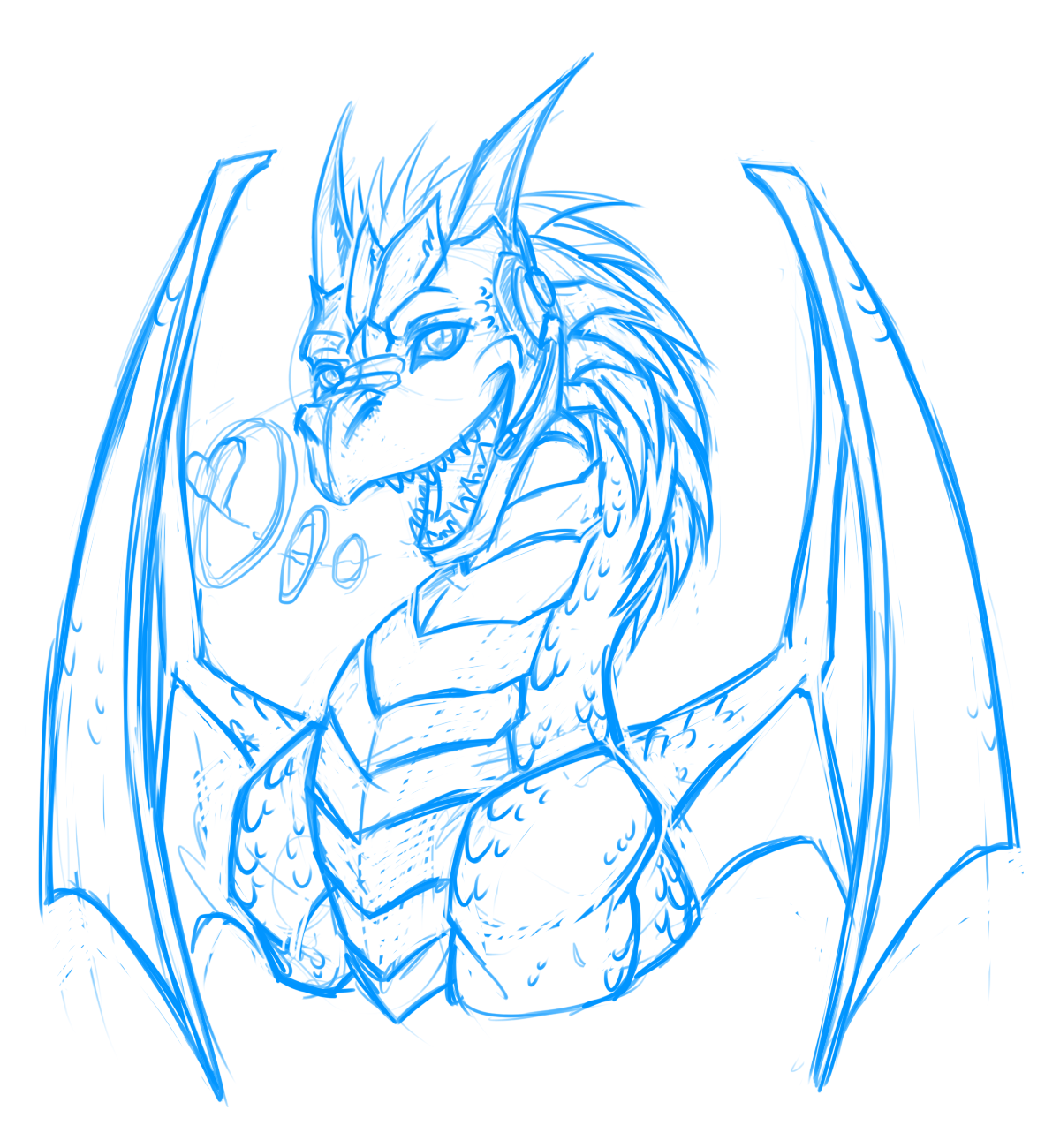 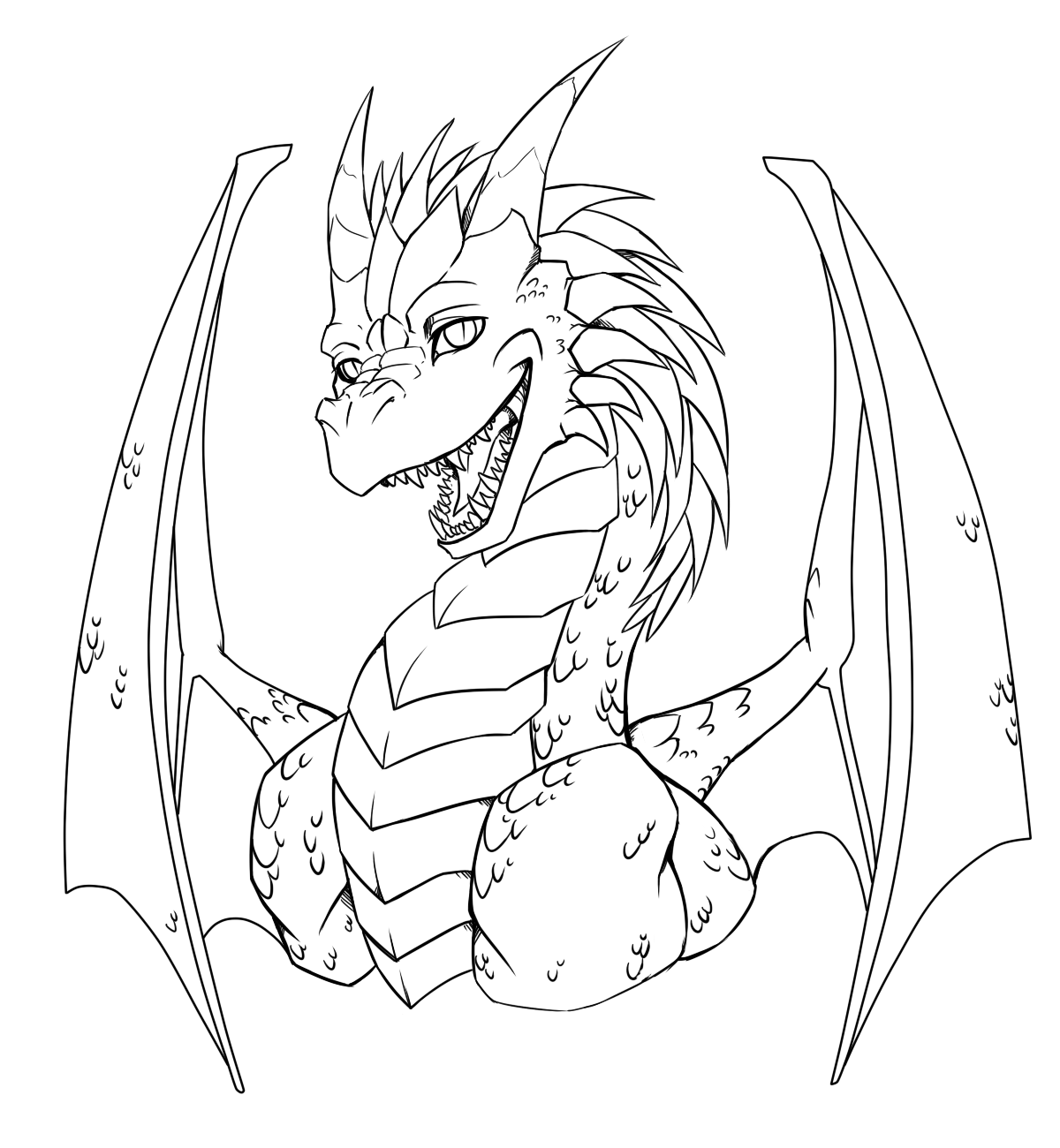 The second one (note my horns and muzzle are a bit short)
I look a bit like one of Yogoloth's relatives ::grins:: 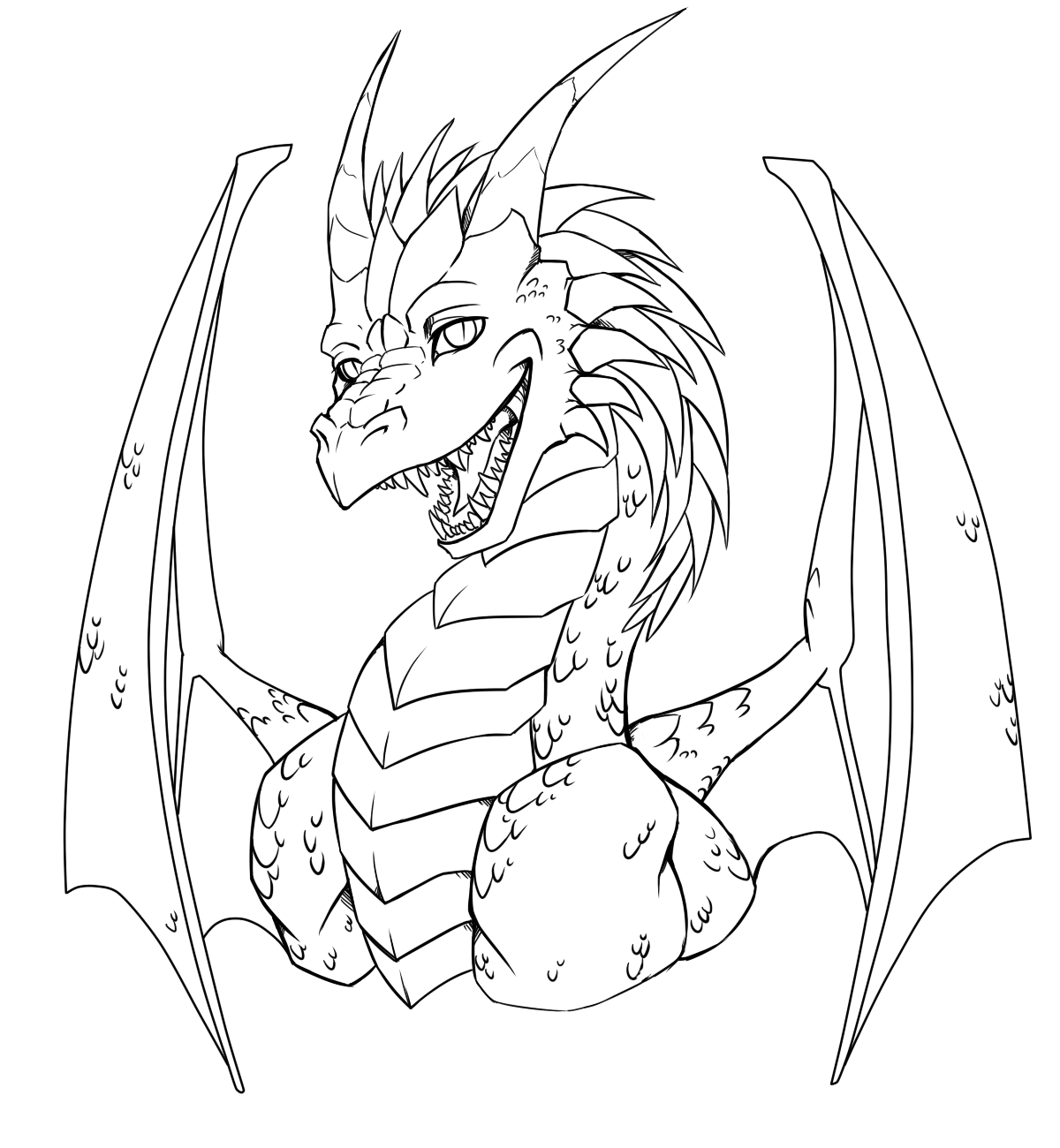 Now my horns are lengthened, but my muzzle is still a bit stubby. Theresa likes my long tapered muzzle. *nudges Theresa in chair* Don't you? 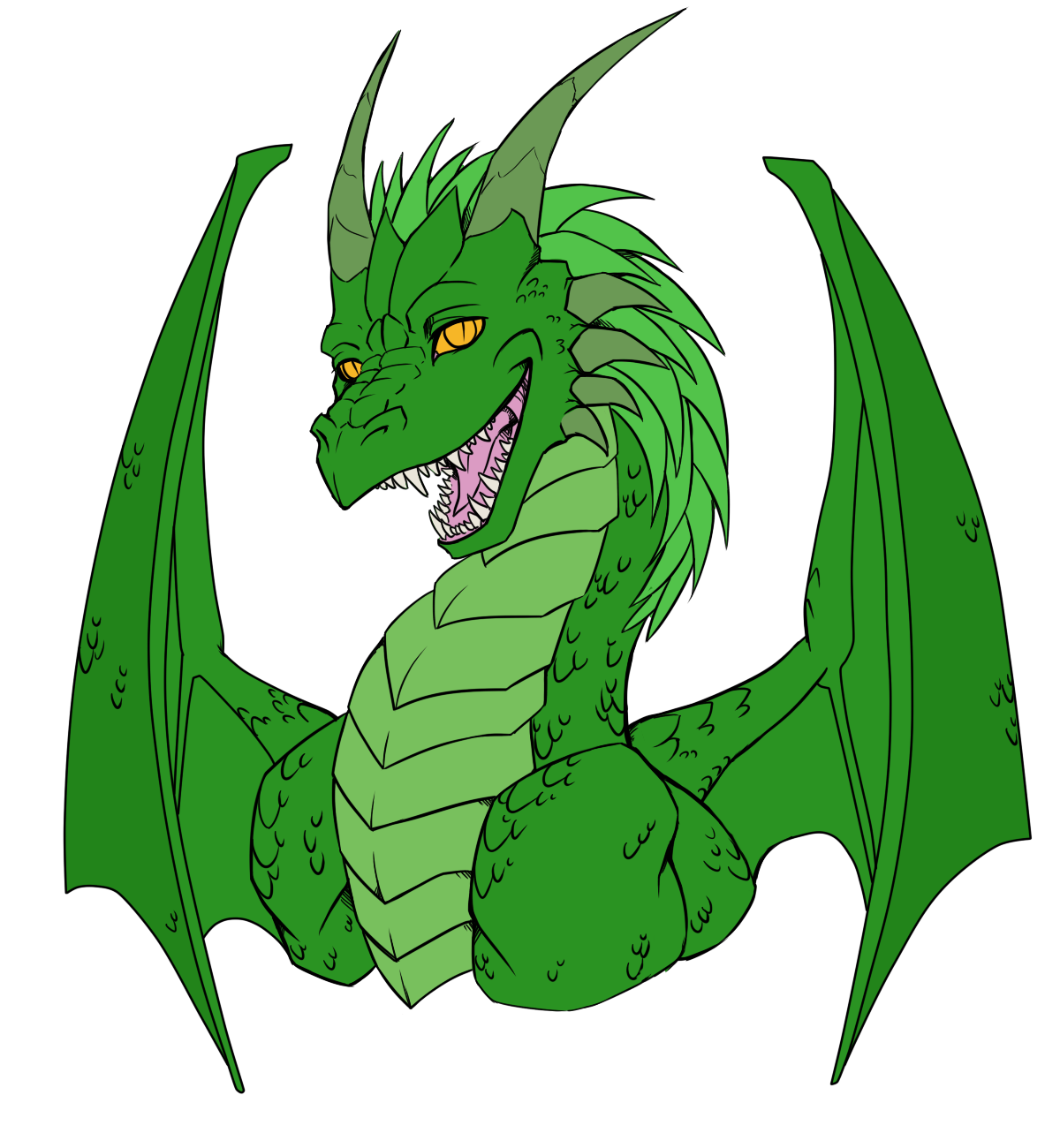 Theresa thought my muzzle was still too short and my eyes too orange. I have golden eyes *looks deep into Theresa's baby blues*
She also commented to Kite that the inside of my wings were darker and the tip of my soft nose was a wee bit lighter. (Picky...I know...But you have to love friends who make you look your best!) 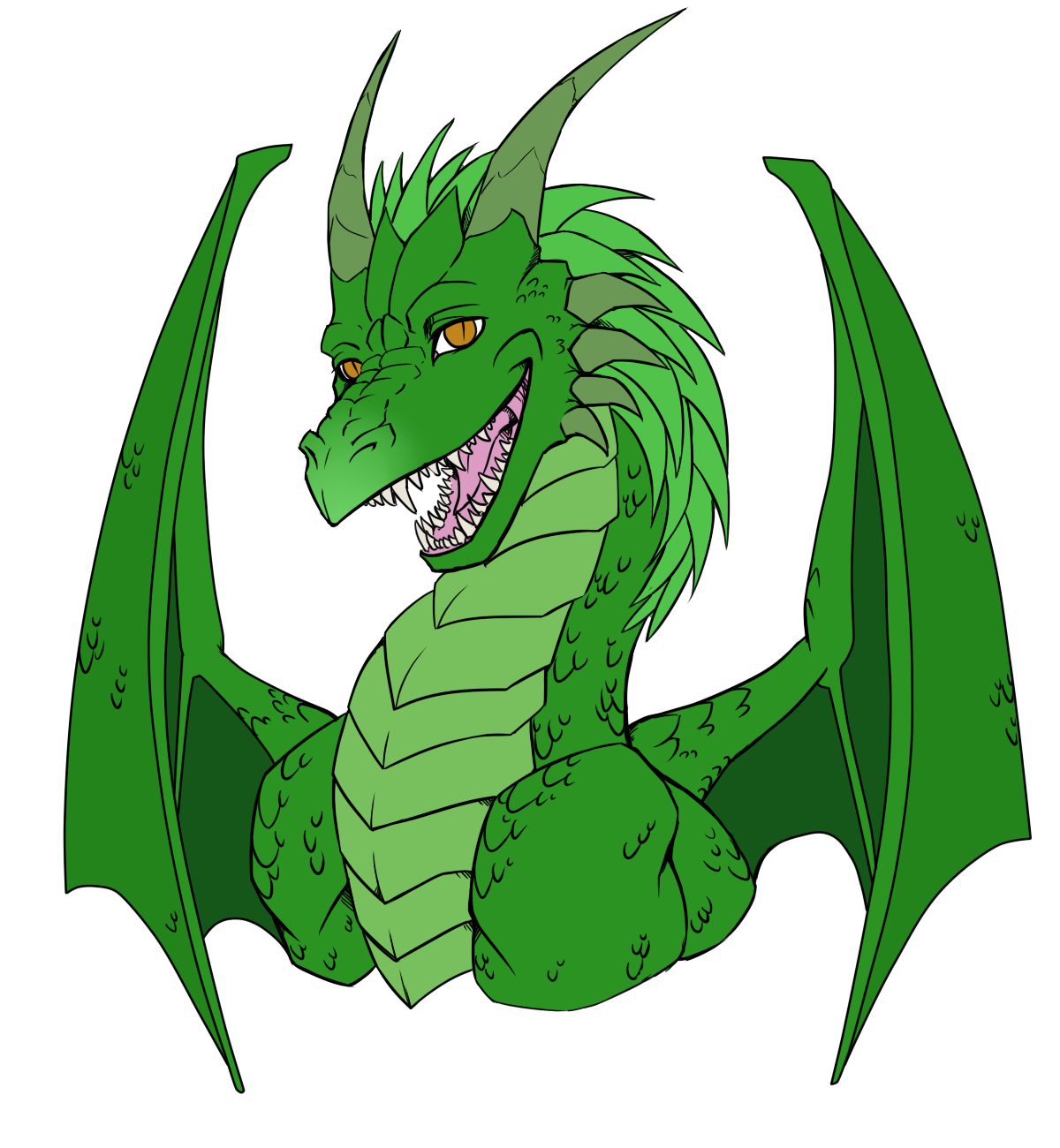 Coloring updated in this photo along with muzzle length. Kite was so accommodating and sweet about Theresa's constant harping
*nuzzles Theresa and huffs smoke affectionately over her head* 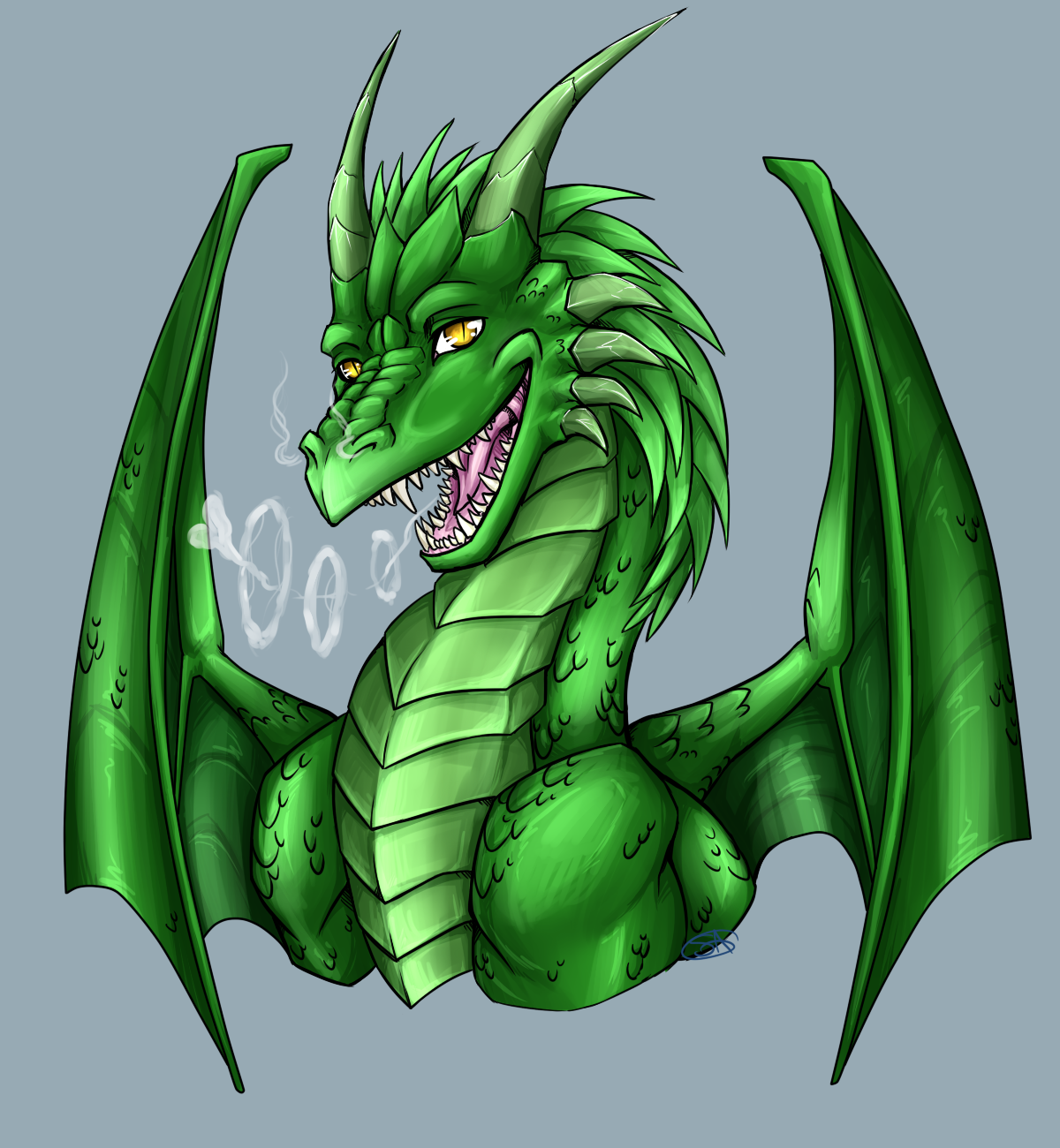 Finished portrait!
What a handsome dragon ::grins::
No wonder Clearair fell for me...

Greetings all you wonderful Humans ::grins::

Just checking in on all of you. Been a bit out of touch while Clearair and I have been on vacation.
I hope your summer is going well. It is so nice to be home for a spell and lay in the sun on the rock ledge above my cave, and bask. ::stretches wings out and lays down on warm rock shelf:: Clearair kept me flying most of June.

I thought I would just catch you up on what I have been up to recently. A nice chat here on a warm afternoon. So feel free to fetch a goblet from my hoard Farloft's Hoard Fill it with water from the pool and let's chat ::settles in with paws crossed and eyes twinkling::

Theresa has been very busy putting the finishing touches on the paperback additions of my Chronicles. 1-3 are completed and ready for your reading enjoyment. The Farloft Chronicles - Paperback 4-5 will be available by August 1st if all goes as planned.

I was very excited to see them when I arrived home yesterday. I am very pleased with the way they look. Sarah has out done herself on the covers.


My Chronicles #6 is in the final editing stages.

Theresa hates this part so much she ran away with the excuse of going to the dentist for a new crown. All was not lost though, her dentist is the best! He is a man after my own heart. He has dragon kites in all his patient rooms.

I would be willing to have my teeth drilled on for a glimpse of that kite up close. Reminds me of a friend I had in my younger years named Spitfire. Elegant dragon! 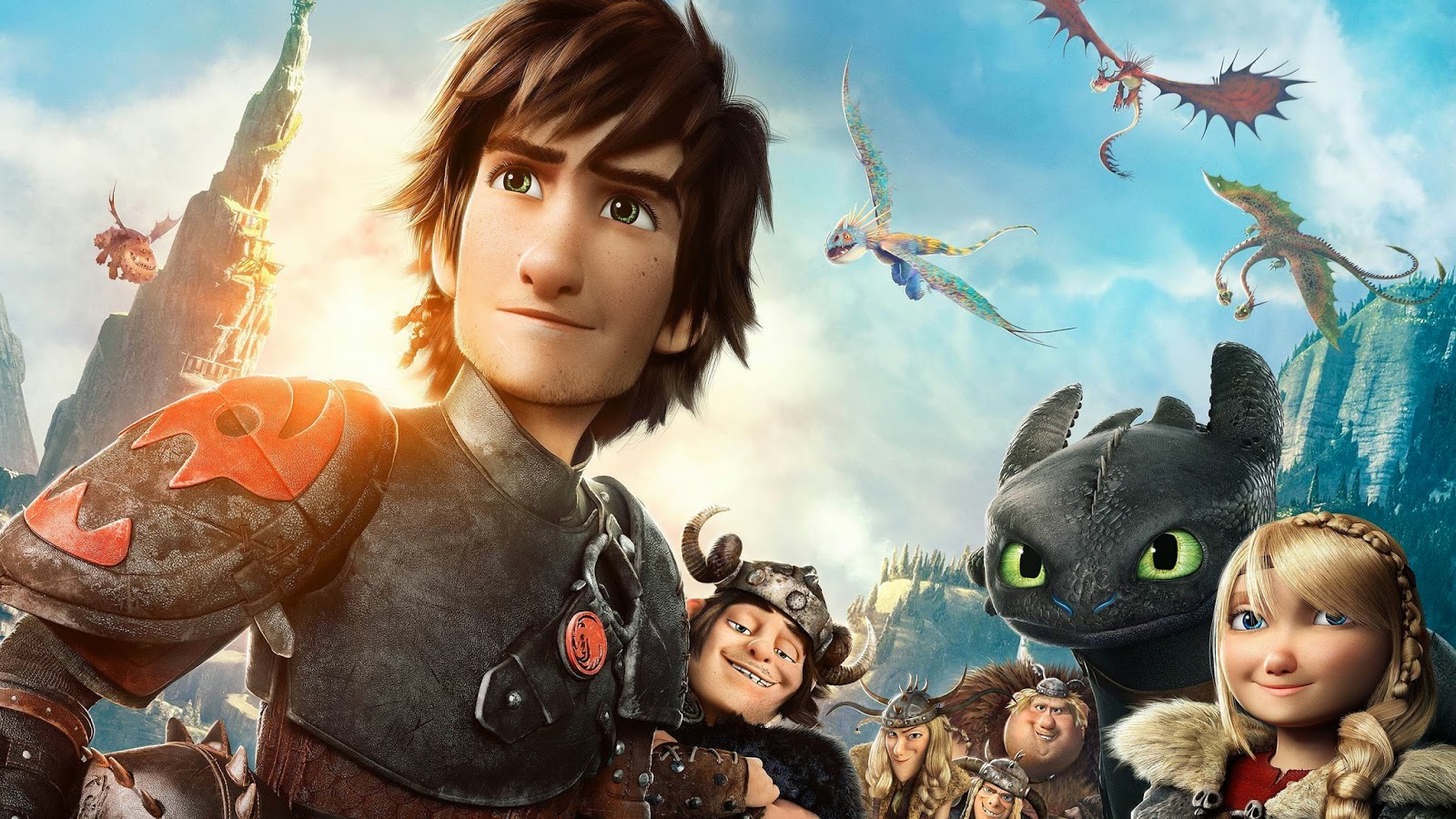 Theresa further procrastinated by going to see "How to Train Your Dragon 2." As if she had a dragon to train. ::ruffles wings indignantly::

However, for those of you who do not know dragonology, it is a rather handy film to see. Several valuable lessons to be learned there.

1. Don't antagonize your Dragon (He might threaten to drop you off a cliff.)
2. Keep items around for your dragons to play with ie. logs, sheep, fish etc.
3. Always give your dragon lots of pets, pats, scratches etc. We like to be stroked ::leans into reader for a scratch::
4. Avoid Dragon slobber. It is difficult to get out of clothing.

I have threatened Theresa with no more evening flights through the starry sky if she does not get down to business soon on Chronicle #6. She has promised to have it available for all to read by late August, early September. It is a fascinating story and one that is twice as long as the others because it is all about how Theresa and I met, way back when. 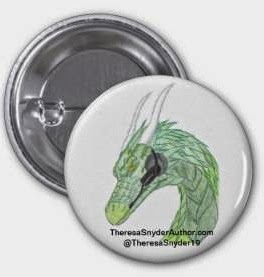 I wanted to remind you all that even though I am on vacation with my lovely mate, Clearair, there is STILL a Contest going on to give away a full set of my Chronicles, 5 lovely volumes, to the best placement of my pin.

Take a picture of it in a fun setting. Like this one by DS in the UK.

Or this one of Biker Bear.

She will enter them in the drawing. I give away a full set of ebooks each month.


I hope you have a lovely summer, eat gallons of chocolate ice cream, catch fireflies in the evening, and dream of dragons flights at night.

Until we chat again,
Farloft, the Dragon


Posted by Theresa Snyder (3su) at 5:45 PM No comments: Links to this post

Kingdom of the Last Dragons - Now in Audio!

You enjoyed James & the Dragon in audio.

Now listen to Kingdom of the Last Dragons. 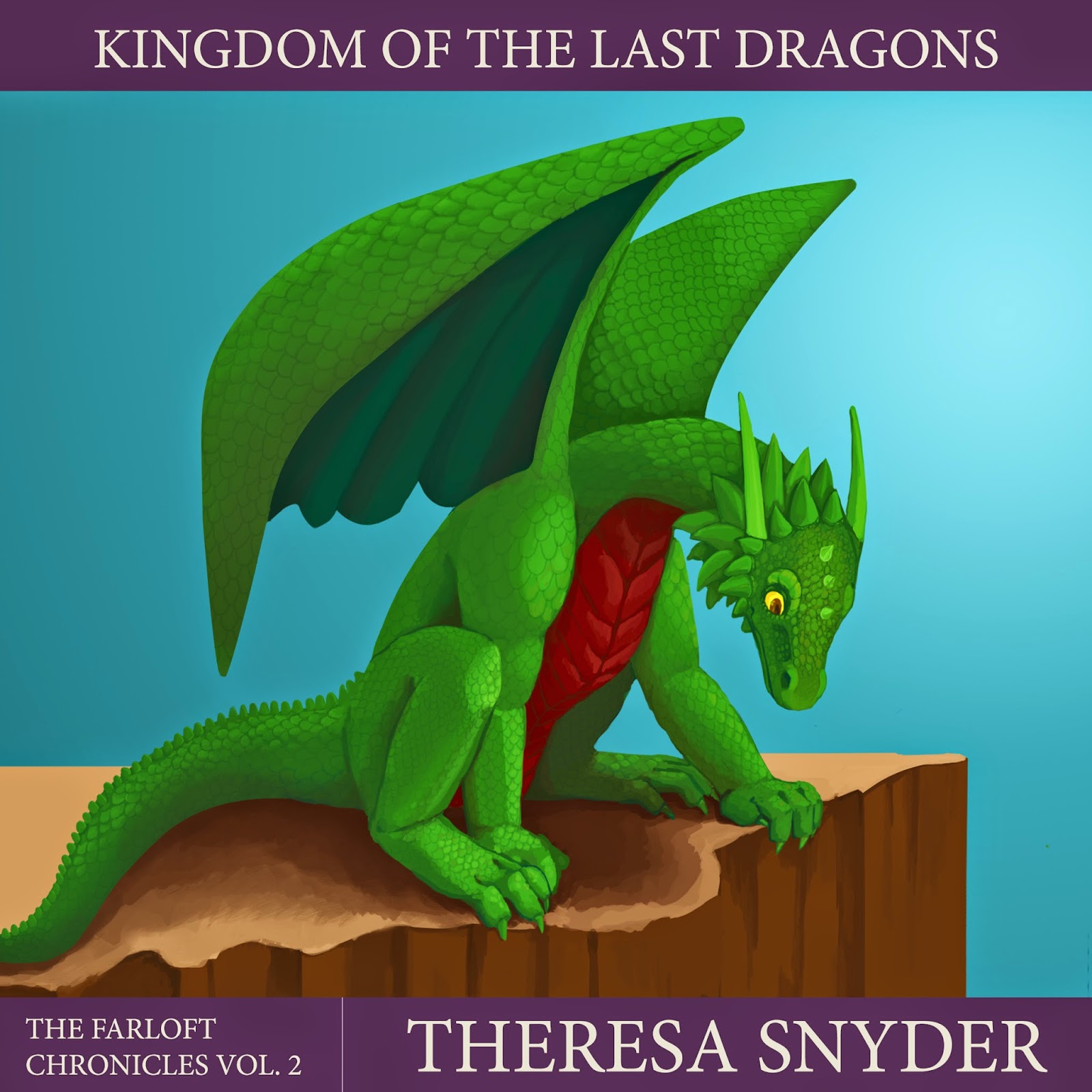 Kingdom of the Last Dragons - Audio Book
Posted by Theresa Snyder (3su) at 8:11 PM No comments: Links to this post

The Farloft Chronicles in Paperback!

I am so pleased to announce that Theresa and Sarah are working diligently to put all my Chronicles in Paperback.

Currently, the first two are up on Amazon and the third will be up within a few days. 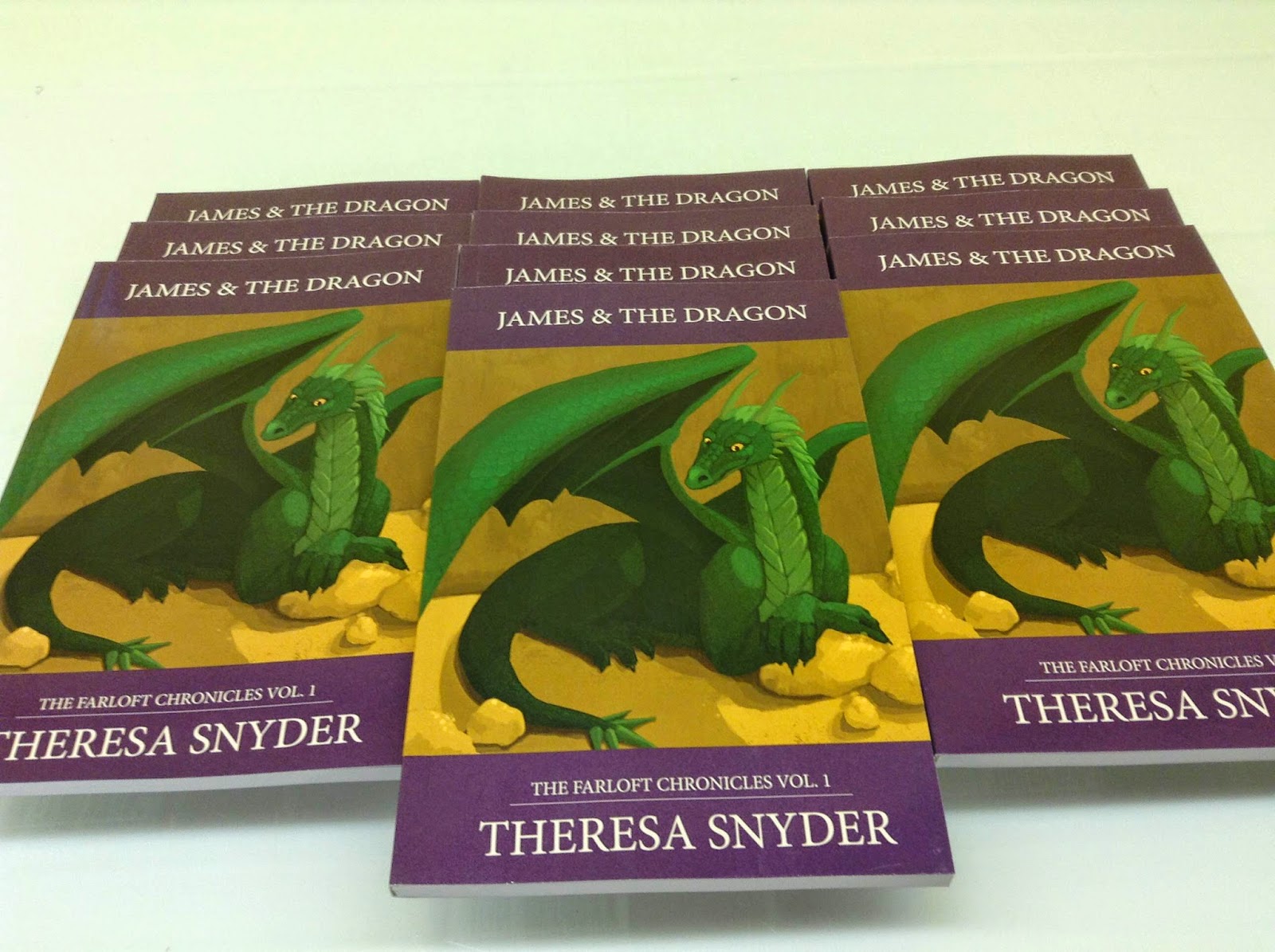 Theresa is cracking the whip.
Looking forward to seeing them all available by August 1st if they can stay on track.

Check them out. My friend Yogoloth just got his in the UK. 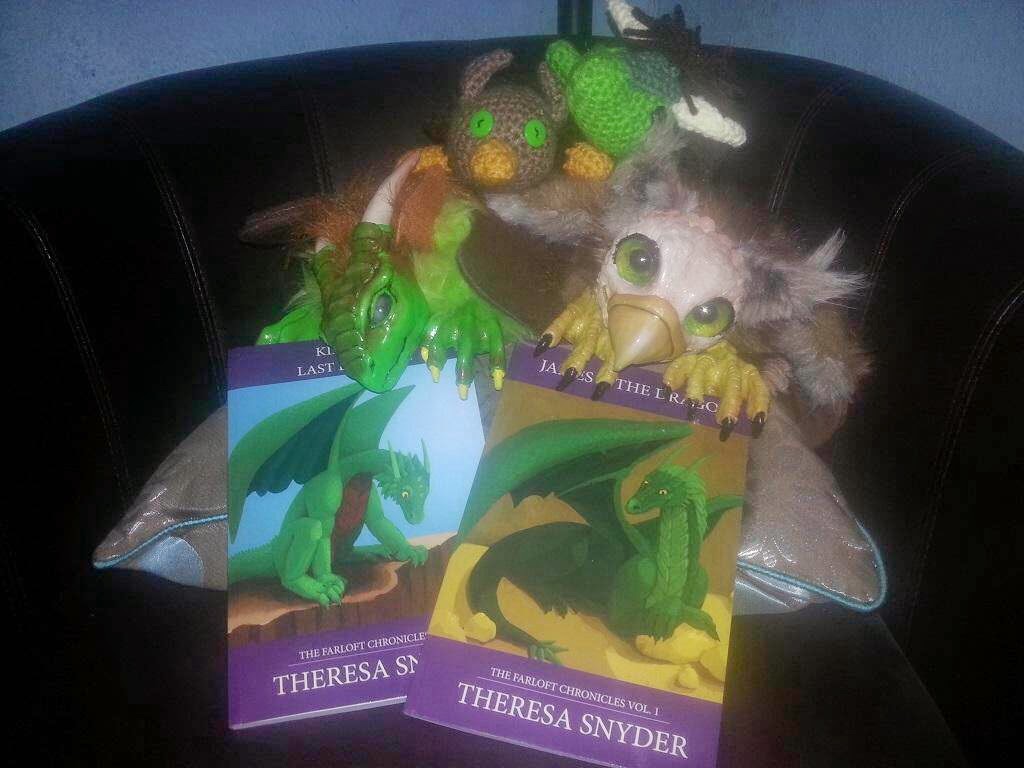 Posted by Theresa Snyder (3su) at 8:02 PM No comments: Links to this post